COMMON are curating a panel discussion on Thursday 14th March, which asks how working-class women are typically represented in both classical and contemporary British theatre.

Are these representations authentic? Do they serve the complex and intersectional identities of women from working-class communities? Or do they enforce damaging stereotypes which feed national assumptions about who these individuals are and the communities they come from?

COMMON's Artistic Director will be joined by an exceptional panel of creatives from working-class backgrounds and academics who specialise in representations of gender and class on stage for this urgent discussion. Come along to explore the staging of working-class identity and gender in British theatre, and ask what needs to change for us to begin presenting the truth about these extraordinary, working-class women.

This event is delivered in partnership with Project Ovation, the forum dedicated to supporting women/womxn and non-binary creatives in theatre. Twitter: @ProjectOvation

COMMON is an arts organisation which exists to support the UK theatre industry in achieving greater socio-economic diversity. Our aim is to make British Theatre more accessible to the working-class; whether they be artists, audiences or communities.

Charlotte is Associate Director of the Soho Theatre (London), where she leads the new work and artist development department, directs new plays and programmes their Upstairs Theatre for work by emerging companies and artists.

Prior to this Charlotte was Artistic Director of Forward Theatre Project for seven years, which made new plays nationally and is an Associate Company of Paines Plough. Through the company she directed new plays at the National Theatre, Live Theatre, York Theatre Royal, Northern Stage and Latitude Festival. Charlotte worked for many years making new plays inspired by working directly with different communities from around the UK, and as such is interested in truthful representations on stage - particularly when looking at the intersectionality of class and gender, as well as class and accents.

Charlotte is a graduate of the University of Hull, Clore Leadership Emerging Leader's Course and the National Theatre Studio Director's Course, and was nominated for Paul Hamlyn Foundation’s Breakthrough Fund. She was also Producer for leading feminist theatre company RashDash for four years where she produced national and international tours.

Katie is a writer and academic, originally from South East London. She is now based in Devon, where she works as a Lecturer in Drama at the University of Exeter.

Her work focuses on exploring theatre practices in relation to class and representation. Her book Social Housing in Performance was published in 2019. She is currently woking on two projects, the first explores street culture from the ground up, using ethnography, cultural materialism and memory to think about how what happens on the street in the cities we inhabit comes to shape how we know the world. The second looks at promiscuity and class, particularly examining the figure of the excessively sexual working-class woman one stage.

She also writes reviews, features and opinion pieces for a range of online and print publications, which have included The Culture Vulture, Loud and Quiet, E1ife and TimesHigher.

Nessah Muthy is a multi-award winning and Writer's Guild-nominated writer. She was the inaugural recipient of the Character 7 Award with The Soho Theatre in 2017, and winner of the 2018 Adrian Pagan Award.

Nessah has worked with multiple established theatres and arts organisations including the Royal Court Theatre, HighTide, Punchdrunk, Cardboard Citizens, Hoxton Hall and Kali Theatre. She is currently under commission to The Bush Theatre and National Youth Theatre.

For theatre, Nessah’s recent work includes ‘SUNDOWNING’, an Offie Award-nominated new play about love, loneliness and guilt between three generations of women, produced by Kali Theatre for a UK Tour between Oct - Nov 2018.

She also wrote ‘ARABIAN NIGHTS’ for Hoxton Hall (London), a powerful stage adaptation of the Middle-Eastern folk tale collection 1001 Nights, which ran throughout September and October 2018.

Francesca is a Dramaturg, reviewer and lecturer. She currently manages the literary side of the New Works Department at the Liverpool Everyman and Playhouse, and is completing an AHRC post doctoral fellowship based around theatre archiving.

Francesca is passionate about new writing, representation and crediting creatives. Her PhD on 'Staging Scouse' examined the relationship between local indentity, scenography and new writing.

She lectures in contextual studies for BA theatre and screen courses at Wimbledon, Arts University Bournemouth and LIPA. She is a regular contributor to Exeunt and The Stage, and sits on the steering commitee of the Society of British Theatre Designers. A proud product of Croydon, her article Theatres' Missing Accents examined the lack and harmful stereotyping of certain voices onstage. She is still waiting for a South London Lady Macbeth.

Dr Shah is an academic at the Royal Central School of Speech and Drama, University of London, where she oversees learning development for the school’s full student body as Programme Leader for Learning Skills and teaches Screen Studies on the MA Acting for Screen. She is also an Associate Lecturer in Contextual Studies for Theatre and Screen at the University of Arts London.

Dr Shah’s work is interdisciplinary and aligns with the Visual Arts, Sociology, Policy, and Media Education fields with expertise in representation and socialisation. She has recently extended focus in this area through the establishment of the Social Performance Network, which is a research and practice-orientated platform that aims to open up critical conversations and practices that interrogate and reconceptualise the social world and our place within it.

Dr Shah is particularly interested in evolving dramatisations and representations of “protected groups” (as identified in the UK Equality Act, 2010). Much of her work in this area extends to gender, race, class, and identity, and the representation of these groups in mediums such as theatre, film, and television.

'Made in Dagenham' with Book by Richard Bean (Adelphi Theatre: 2014) - Photo: Manuel Harlan

Taj Atwal in 'Rita, Sue and Bob Too' by Andrea Dunbar (UK Tour in a co-production with Out of Joint, Octagon Theatre Bolton and Royal Court Theatre: 2017-18) - Photo: The Other Richard

Natalie Gavin in a still from 'The Arbor: A Documentary Film by Clio Barnard' (Artangel Media: 2010) 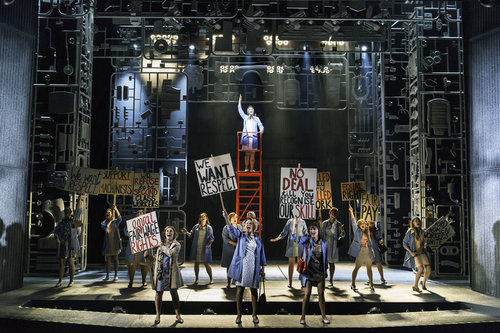 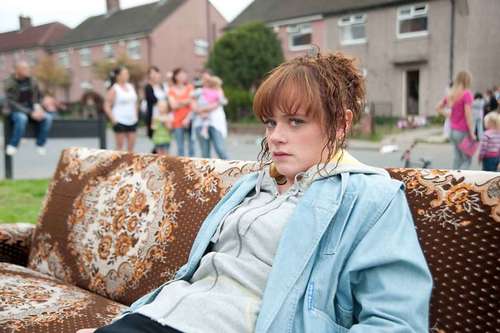 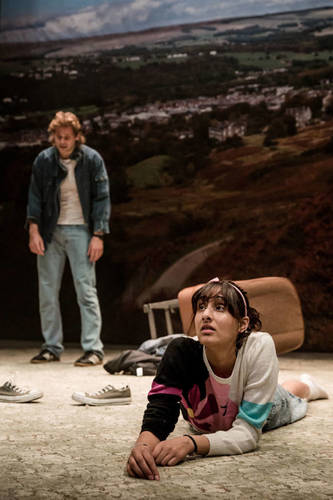 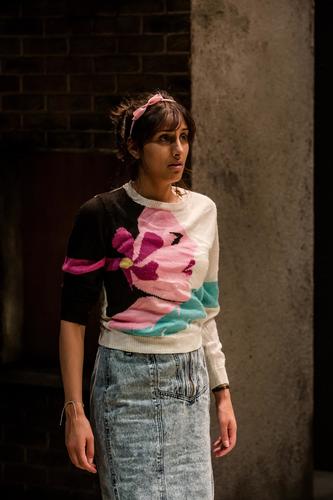 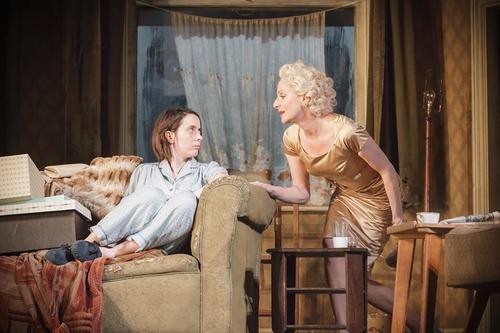 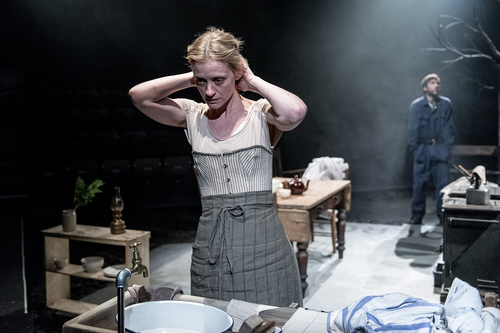 This venue is wheelchair-accessible.

Can I buy tickets on the door?

All tickets must be booked in advance.

Once the panel discussion has begun, doors will remain open for ten minutes to allow latecomers before entry will be denied.

When do the doors open?

The doors will open 5 minutes before the beginning of the panel discussion.

If I miss the event, or am no longer able to make it, can I request a refund?

Unfortunately we are unable to accept refunds for this event.

COMMON is a nationwide arts organisation which exists to support the UK theatre industry in achieving greater socio-economic diversity, and to make theatre more accessible to the working-class; whether they be artists, audiences or communities. We develop practical solutions and ‘interventions’ to eradicate socio-economic inequalities within the theatre industry; to support the career development of working-class artists; and to improve the accessibility and inclusivity of theatre to working-class audiences and communities. We achieve this through partnering with theatres and arts organisations across the UK as advisors; collaborating with them to create practical solutions to improve the socio-economic diversity and inclusion of their organisations. Our intention is to facilitate infrastructural, meaningful and long-lasting change within the UK theatre industry.