‘Liu met Debussy on the stage – a beautiful encounter and a clever blend’
Anniel Hao, Pareviews

After a sell-out run at the National Theatre of Taiwan, this unique production comes to Chepstow from London's Southbank Centre for a one-off performance.

Based on Liu Er’s Lao Can‘s Travels and Debussy’s chamber and orchestral music, Lao Can Impression explores the cultural exchange between east and west by combining Chinese and western approaches to music and drama.

Three musicians highlight the eastern influences in Debussy’s music while two actors tell Liu’s story about westernisation in China in the 1900s. By fusing the two together, the piece looks at modernisation and how we can move forward by using our past, not destroying it.

‘Concert Theatre aims to be a perfect amalgam of both art forms’
Hannah Nepil, Financial Times

Lao Can Impression in Chepstow has been generously supported by Wales Arts International, Night Out and Chepstow Town Council.

CAN Festival’s 2019 music programme is generously supported by The Fenton Arts Trust.

Thank you to Florian Leonhard Fine Violins for the loan of the cello used in this performance. 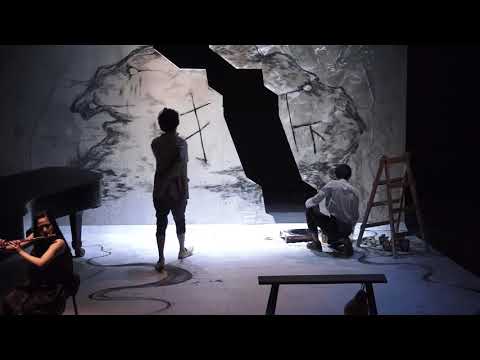 The piece is directed and written by An-Ting Chang (Artistic Director of Concert Theatre and Chinese Arts Now), with the devisers and performers Hsu Hua-Chien and Chi-I Chang, three concert musicians, Li-Chi Chiang (piano), Yun-Ju Chen (flute) and Jen-Hsin Kung (cello) and scenography by Wang Jing. The piece is produced by Ruth Holdsworth.

The show is presented by Concert Theatre and Chinese Arts Now.

The venue is fully accessibe.

Latecomers will not be admitted.

The performance is in Chinese with English surtitles.

The performance is suitable for ages 12+ due to surtitles.

A pay bar will be available.