Our closing concert will feature two hours of some of the best young folk and acoustic acts on the Birmingham music scene, featuring Thorpe & Morrison, Viridian Acoustic, Filkin's Drift and Juniper. See out Little but LIVE! as the sun goes down with some smashing tunes to banish those Sunday night blues.

Thorpe & Morrison
Thorpe & Morrison are a fiddle/guitar duo based in Birmingham. Harry Thorpe and Sean Morrison are committed folk musicians who have drawn from their diverse musical backgrounds to create music that both respects the traditions it comes from while still exploring the potential for it’s progression. From Suffolk and Scotland respectively, they combine these traditions, creating exciting new folk music. "A spellbinding mix of old and modern" - Bright Young Folk

Viridian Acoustic
"Viridian Acoustic are an acoustic duo based in Birmingham. Through a pairing of vocals and guitar, the duo present a relaxed, new take on well known and original songs. Izzy Matthews is a singer-songwriter and saxophonist who released her album Reverie in 2018 and Rob Roberts is a guitarist and bassist who currently performs with Wounded Spirit as well as releasing his own compositions"

Filkin's Drift
“Exquisite tune playing mixes effortlessly with irresistible grooves and an engaging chemistry” DAN WALSH | BBC Folk Awards Musician Of The Year Nominee.
Urban Folk Quartet Filkin’s Drift take their native folk traditions of Wales and Gloucestershire and throw them into the world of contemporary music styles. Seth Bye (fiddle) and Chris Roberts (guitar) began working together in 2018 and their unique writing style has rapidly seen them becoming one of the most sought after duos in the West Midlands. After a highly creative lockdown, the duo bring you a diverse blend of traditional and original folk songs and tunes.

Juniper
"Juniper draws on the diverse backgrounds of their members, taking traditional and modern folk tunes and adding a Birmingham twist to create a unique sound that still feels familiar. Originally from all around the UK, Juniper met at the Royal Birmingham Conservatoire and have performed around the UK at gigs, weddings and festivals including hosting the main ceilidh at Purbeck Valley Folk Festival last summer. Their debut EP 'So Here's The Thing...'' was released last year and can be heard on

These incredible bands are playing as part of Little but LIVE! a socially distanced open-air festival in Moseley Park from 18-20th September 2020. We have a wonderful programme of events across theatre, music, comedy as well as an early morning dance-workout.

In line with social distancing guidelines, tickets are capped at 6 per booking, and you must book together with anybody you wish to sit with. We cannot guarantee separate bookings will be placed next to each other on the day of the event.

All Little but LIVE! events are taking place in the beautiful Chapel of Many (pictured below). We can provide a crafted wooden chair from the structure, however if you'd be more comfortable bringing your own chair or blanket, select the "bring your own chair/blanket" option at checkout.

We are proud to say that all tickets for Little but LIVE! are £5.00 to ensure the festival remains as accessible as possible. However, all the festival staff and artists are volunteering their time. If you feel able to, we would greatly appreciate if you would consider making a small extra donation at checkout that will be ringfenced and shared amongst all the artists taking part in Little but LIVE! This year has been terrible for the UK's creative freelance workforce with theatres shut and festivals cancelled, and support at this time is integral to making sure the creative industries will bounce back in the future. 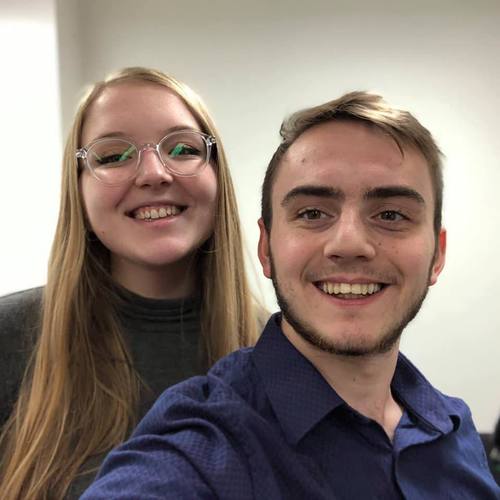 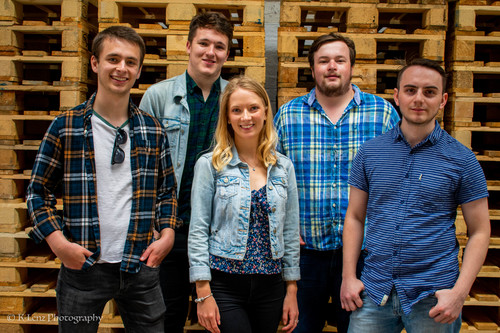 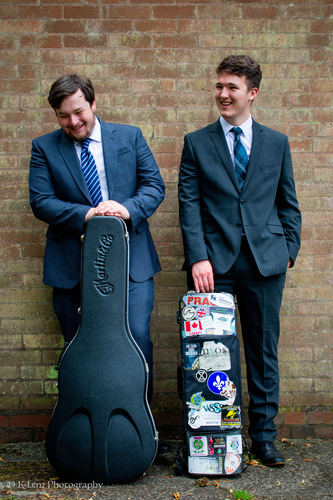 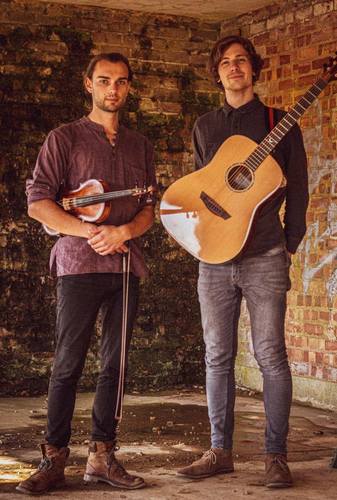 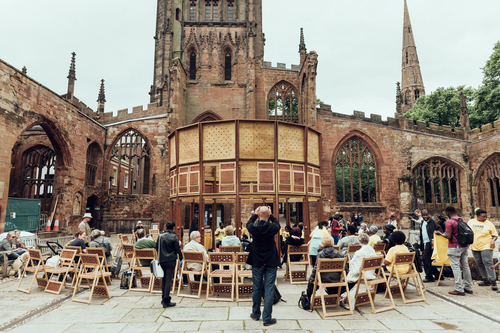 The festival space is wheelchair accesible, however it does involve traveling over bumpy surfaces and grass. If you need a carer to accompany you to the event, we are offering 1+1 tickets, so your carer can come for free. If you have any other requirements you wish to talk through with us please contact us on [email protected]

How will I recieve my tickets?

All customers will be issued with an e-ticket(s) for each performance at Little but LIVE! that they book for.

Will I be socially distanced from other audience members?

Yes, absolutely. We have a large field and are capping audience numbers at 90 to ensure against over-crowding. Each booking will be given a demarcated area to make themselves at home in, separated from others by the advised distance. To sit as a group you will need to make one booking for the whole group.

Where do I go to arrive?

Before all events we ask audiences to arrive at Moseley Park's main entrance, down the short private road between Pizza Express and Dixons Estate Agents on Alcester Road. Stewards will be there to check tickets and direct you to the festival area inside the park.

Do I need to bring my own chair?

We can provide a chair with each ticket, however if you'd prefer to bring your own chair and/or blanket please do, just select the non-chair ticket type when booking.

I want to sit near my friends who I don't live with. How do I do this?

As per the government's social distancing guidelines you can share an audience space with members of other household bubbles provided there are no more than 6 of you. This must be done through one single booking, as we cannot guarantee that separate bookings will be able to be placed next to each other on the day of the event.

Can I buy tickets on the door?

No, unfortunately due to regulating audience numbers it is essential for you to book in advance, thank you for understanding.

I'm booking for more than one event in a row. Can I stay in my area all day?

Unfortunately, we have to clean the space and the chairs as well as rearrange our seating arrangement between each event, so audience members will have to leave the festival space and return an hour later for the next event. However the rest of Moseley Park will be available for you to relax in while you wait.

Will you permit latecomers?

We will do our best to accomodate latecomers, however owing to social distancing it is likely that you will be placed at the back of the audience.

Little but LIVE! by Paperback Theatre

“A fresh, young company, with wit, imagination and unshakable confidence. Their shows are equally hilarious and touching.” Neil Reading, Arena Theatre, Wolverhampton Paperback Theatre are a Birmingham-based theatre company making work about what we watch and how it makes us behave. We are interested in the stories we tell, those we choose to remember and why we tell them again and again.