Nicole Chui @thatsewnicole
Using embroidery to creating empowering imagery representing allyship with womxn. We will be hand stitching threads onto an image of any womxn that has had an impact in your life to create bold and uplifting imagery. They can be images of any womxn in your day to day life, family members, celebrities in magazine pages, anything!

You will need:
-A photo (printed or taken from a magazine page)
-Needle
-Embroidery thread (you can use normal sewing machine thread if you don’t have embroidery thread.
-Scissors
-A pen or pencil

Hosted by Nicole Chui from THAT SEW NICOLE. Nicole Chui is a Hong Kong born, London-based embroidery artist. Her use of hand embroidery is messy, brash, and disruptive where she wants to change the conversation around embroidery and champion the voices of womxn. Her clients include TINIE, Nike, NOW gallery, gal-dem, The Hepworth, and Converse. Recently, Nicole was selected by Nike to guest design an airmax 95 sneaker with named “VIXENS”, inspired by the foxes in hackney and her London sisterhood on/off the football pitch.

The whole concept of this segment is to allow artists to ‘PLAY’, something that we neglect or forget during the process of making. At the end of each scratch performances, we will be collating online feedback from audiences to help the artists to develop the work further. Four various artists will be presenting their scratch ideas that will be adapted online.

Sexy Asians In Your Area Dying 2 Meet U by Camilla Anvar and Zelda Solomon.
After changing their show again and again with the rise of corona and corona-racism to then having it cancelled. It was not a hot or fresh time for the Sexy Asians. But now, they’re back, more sexy and more Asian than ever!
In this short scratch performance Camila Anvar & Zelda Solomon will transpose the exploration of being young, lost and asian-ish from their initial show onto a new digital platform. Grab your karaoke mic and your katana and join them on an online call of a lifetime!

Precious Cargo by Barton Williams and Mohamad Faizal Abdullah
Everyone has a story but not everyone has one like Cuong’s. Whilst he grapples with displacement, loss, and just trying to fit in, we are taken on a very personal recount of his life, whilst learning a thing or two about how a nation deals with tolerance.

Interval Treat
There will then be a 15 minutes interval in the middle of the pre-recorded festival where audiences will learn to make your very own interval drinks and snacks in a segment called Makan Berdamai, (To eat, To gather). Makan Berdamai offers a rare chance for people from different backgrounds to cook and eat together and bond over a traditional delicacy.

Kelab Malam (Night club in malay)
Kelab Malam is an exploration of new sounds and languages. All of the artists featured in this segment are commissioned and are working together for the first time, matched by RUMAH.

RUMAH’s commissioned spoken word digital performance include first-time collaborators Troy Cabida, a London-based Filipino poet and producer for the open mic night Poetry and Shaah will be joined with Nazreen Mohamad, a Malaysian spoken word artist, whose piece ‘Between Two Worlds’ is set to be included in the the International Slavery Museum in Liverpool, together with Nush, originally from Sri Lanka, is a self-taught guitarist, who will be releasing her album 'Tenerife' later this year.

The other commissioned sonic digital performance will feature another first-time collaborator, Adeeb ‘Yung Sultan’ Razak, a rapper and interdisciplinary artist from East London. He recently released the single/music video for ‘East Side Airlines’, Cuong Pham, co-founder of Indigo Magazine, and a monthly hosts at NTS. And lastly, Arya Rinaldo, a resident DJ at AAJA in Deptford, and has shows on NTS, Reprezent and SOAS Radio

Part of the performance will showcase insight into the thought process behind what transpired during the collaboration and how the process was for respective artists.

ComediAsians will be presenting their freeform pre-recorded comedy skits. Comediasians is the UK’s first all Asian improv troupe dedicated to celebrating Asian performers in London. The up-and-coming crew is formed of members from some of the UK’s top comedy associations, including Upright Citizens Brigade Theater, Second City, IO, Free Association, Hoopla and the BBC Writers Room.

The festival is free to access but we will be encouraging donations or Pay-What-You-Can.
A percentage of the donations received will be shared with Rich Mix’s #SaveOurVenues campaign.
We're having a LUCKY DIP (Win a copy of FATBOYZINE Issue 2 when you donate and register for a ticket) -Announced LIVE on IG on 18.09.20 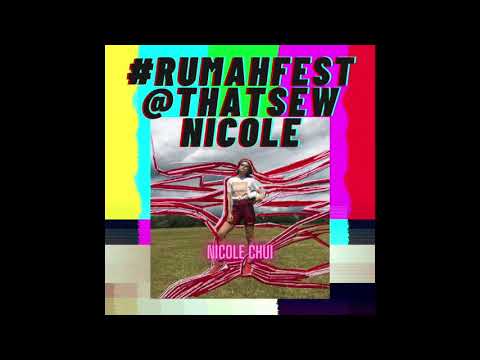 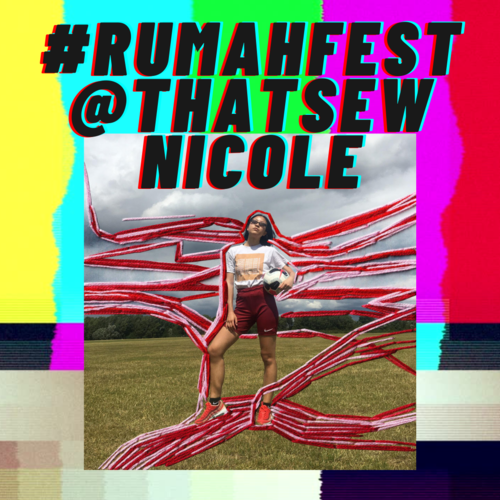 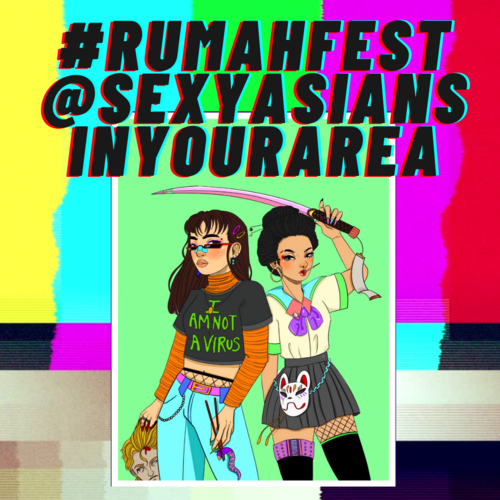 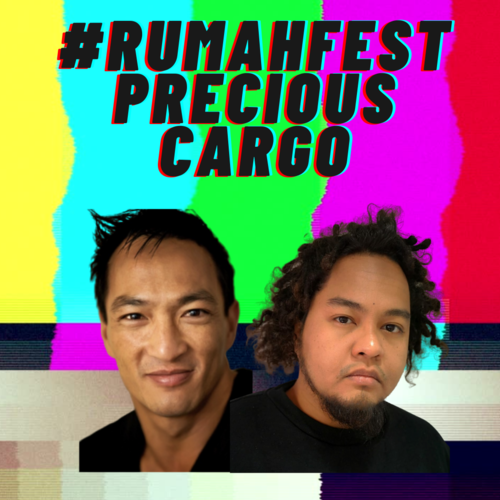 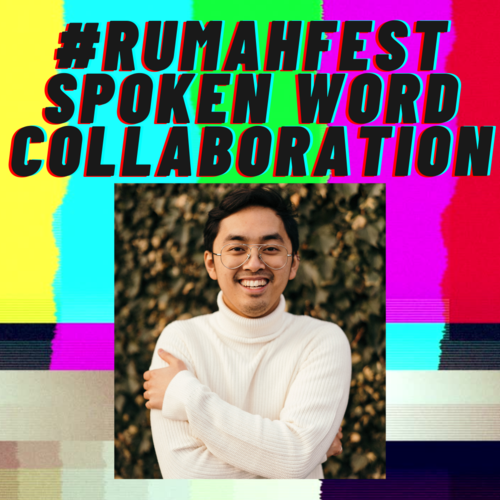 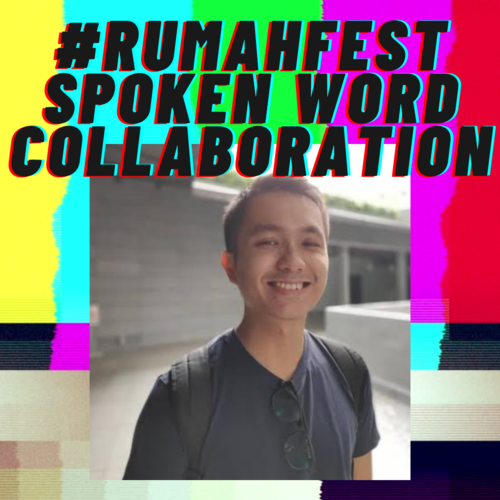 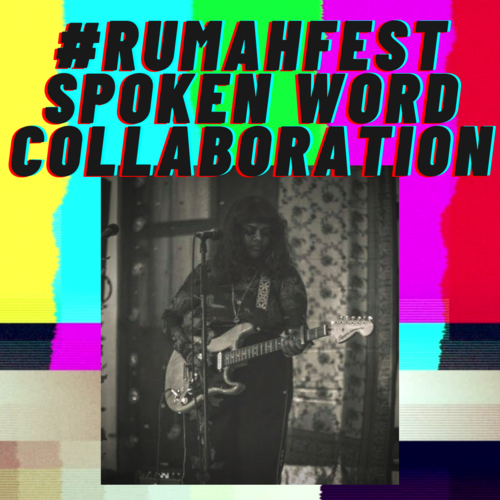 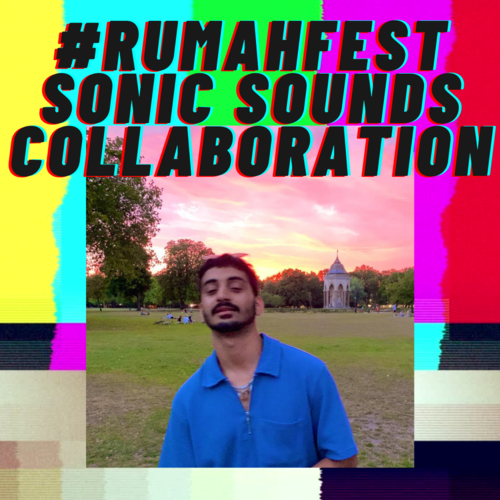 Image processing. Check back in a minute 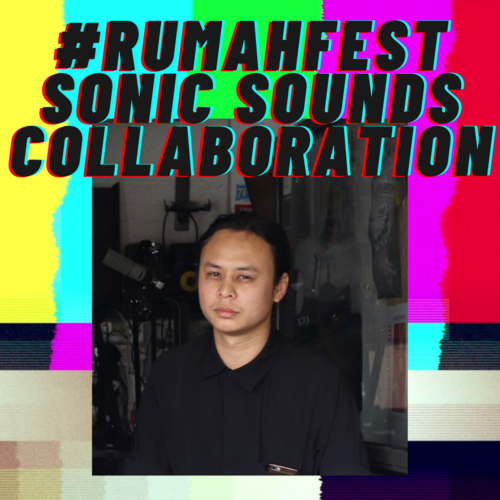 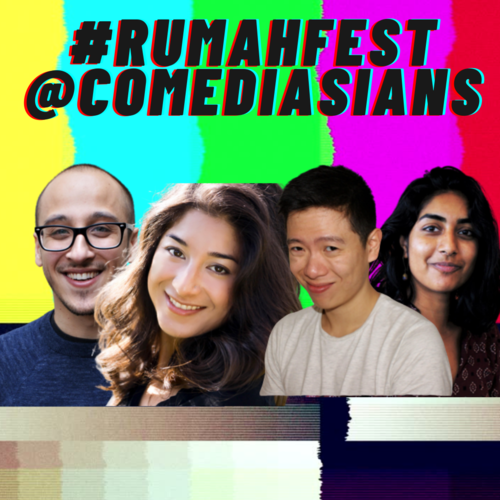 The festival footage will be captioned.

The festival is free to access but we will be encouraging donations or Pay-What-You-Can.
A percentage of the donations received will be shared with Rich Mix’s #SaveOurVenues campaign.

RUMAH means (HOME) in Malay. RUMAH aims to open up spaces for integration by organising pop up events and curating a festival (#RUMAHfest), to engage with authentic stories from the under-represented voices, and to find a tribe to collaborate on something new. ​ RUMAH's programme and events meet the increasing demand for space, representation, new audiences and a fundamental comprehension of the wealth of artists from the Asian diaspora in London