With Ursula Mohan as Flo Smith

The performance will not be affected by the recent Govt announcement that limits social gatherings to 6 people. This relates only to private social events, not professionally organised events that apply social distancing regulations as set out in the Govt guidelines for theatre performances.

It's 1969 and a woman looks back on her life in London. From the Boer War to The Summer of Love, Flo Smith, daughter, sister, wife, mother, widow and grandmother recalls with horror, humour, tears and joy those turbulent times at home and in the world beyond her front door.

The show is based on the book of the same name written by Christopher Saul and taken from the real-life audio recordings he made of his paternal grandmother, Flo Smith, when he was a drama student working on his dissertation. He sat in her cosy living room in North London, drinking copious amounts of tea and listening avidly while spool after spool of his tape recorder was filled with her recollections.

Flo told of her Victorian childhood, her marriage to a young man who was later seriously wounded in the First World War, her struggle to put food on the table for her hungry children in the 1930s, and her harrowing experiences of the London Blitz.

For the times, it was a common enough story and yet, for all that, a unique one too.

"Funny, poignant, often both at once, Flo is both an engaging personal story and the best kind of history lesson”

Advance ticket sales only to comply with govt performing guidelines 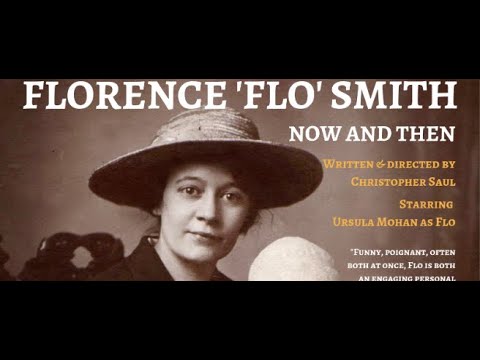 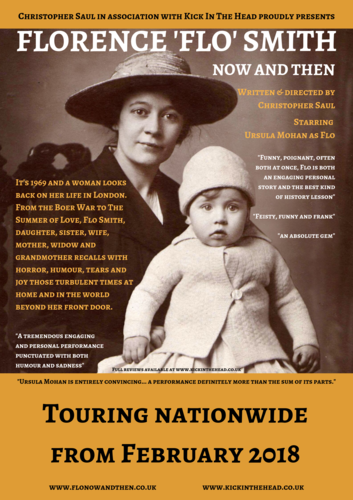 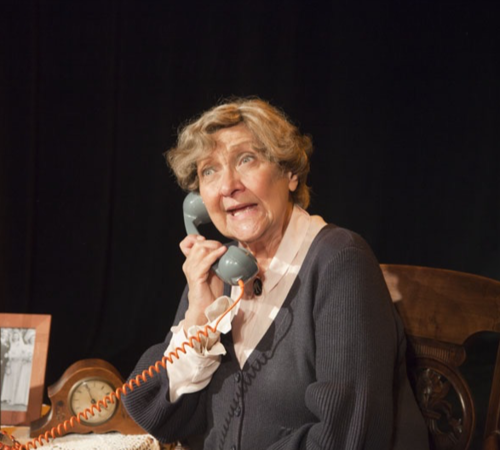 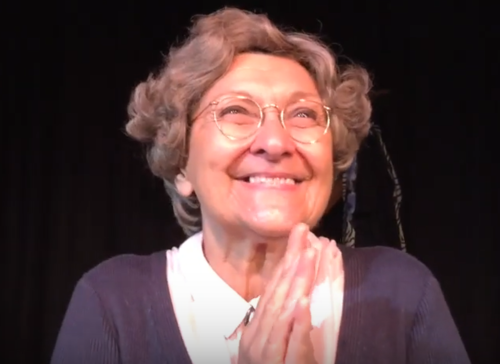 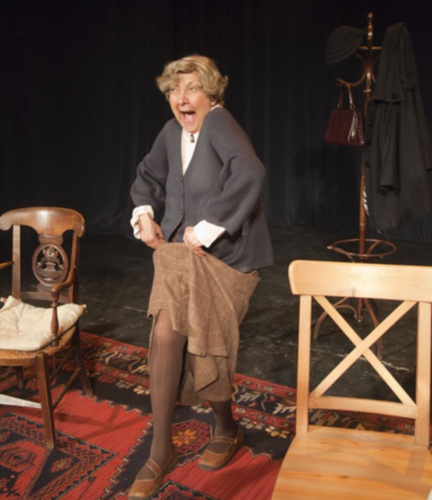 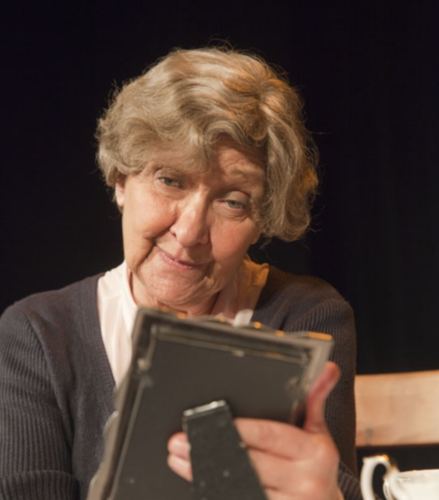 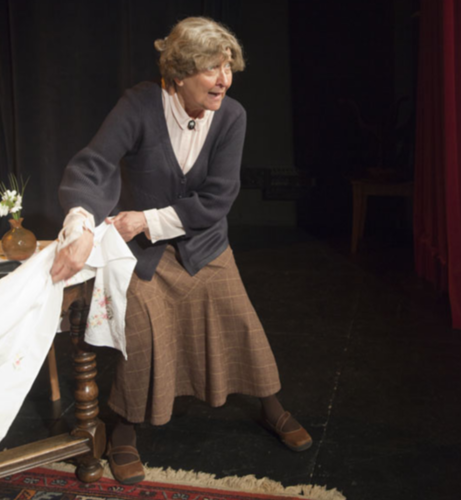 There are no steps into or out of the garden.

Please bring your own seats/ blankets and picnics

Please dress according to the great British weather! The performance will carry on regardless!

Please observe social distancing guidlines when choosing where to sit and at all times while at Bell House.

On rare occasions, it may not be possible for us to complete the performance, but we will never cancel a performance before the advertised start time. It can often rain all day and then clear up just in time for the performance to start. We also really don't want to disappoint anyone - audiences or our actors (who are always keen to perform, if at all possible).

While we will make every effort to complete each show, we reserve the right to stop and start the show as necessary.

Shows will only ever be cancelled or abandoned in the event of bad weather, where such weather is deemed by either the theatre company or the venue to pose a health and safety risk. In any case, shows will never be cancelled before their advertised starting time.

We will not delay the start time of a show for more than 1 hour.

If a show is cancelled on account of the weather, we will announce this at the time of cancellation at the venue. We do not communicate cancellations to patrons who did not come to the venue or who have already left the venue.

Once the performance has started there will be no refunds if the event then has to be cancelled due to the weather.