Exploring the fact behind the fiction

Crime writer AA Dhand, DS Mick Paterson and criminologist Mike Rowe look at fictional and real-life crime to investigate the role of a detective, and the culture within which they operate.

AA Dhand’s DCI Harry Virdee remains the only British Asian detective in an established crime fiction series. In Dhand’s fourth novel, One Way Out, the detective tries to prevent an impending terrorist attack, set against a backdrop of rising nationalism in his home-town of Bradford and racial and religious tensions both at work and on the streets.

DS Mick Paterson has been a Detective in Northumbria police for 30 years. He heads up the Complex Case Unit, which looks at child sexual exploitation and organised criminality. In the past he has been an SIO, headed Counter Corruption and been involved in undercover work.

Professor Mike Rowe, Northumbria University, has an international reputation for research and publications in the field of policing, paying particular attention to policing culture and reforms, race and racism, and the policing of domestic violence.

In this session, AA Dhand and criminologist Mike Rowe will take examples from both fictional and real-life crime to look at the role of a detective in an investigation and the culture within which they operate. 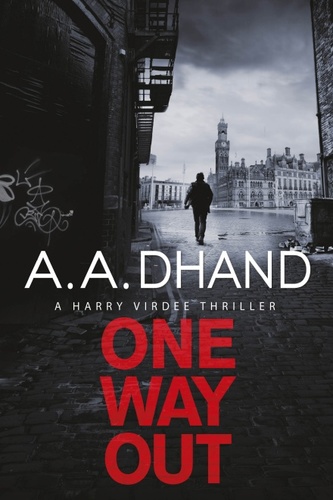 New Writing North is the writing development agency for the north of England, and is an Arts Council England National Portfolio Organisation. We work with writers to develop career opportunities, new commissions, projects, residencies, publications and live events.

Northumbria University is a research-rich, business-focused, professional university with a global reputation for academic excellence. Northumbria collaborates with New Writing North to develop conferences, seminars and events for the wider writing community across the North.