Collecting stories is a family business for the Grimms, handed down through the generations - ever since their great great great great grandfathers, those famous brothers, heard the one about Hansel and Gretel.

This year GRIMM'S COLLECTING AGENCY will be popping up in Croydon on a mission to assess the state of our divided nation.

The Grimms will be collecting stories. Your stories...

Is there a legend in your family? Do you have a tale about the street you live in or how you came to Croydon? Perhaps you have a favourite yarn that makes you think differently about the world? Please tell your best stories to the Grimms, who will be roaming your streets from 23rd – 26th March, or if you can’t find them in person you can drop them a line: [email protected]

On Saturday 28th March the Grimms will be presenting their findings about Croydon, and performing some of their favourite stories that they have collected from the area.

‘Almost anywhere is a possible stage for this most creative of theatre groups. The challenge they set themselves is to break free of tradition, reinterpret the classics and collaborate with their audience. Absolutely not the West End.’ The Guardian 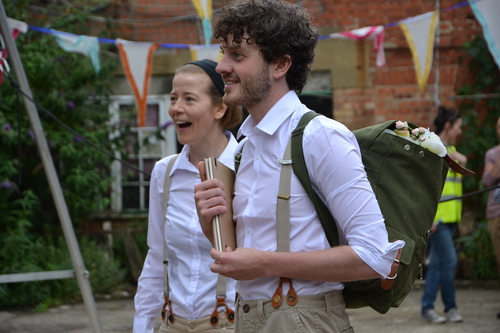 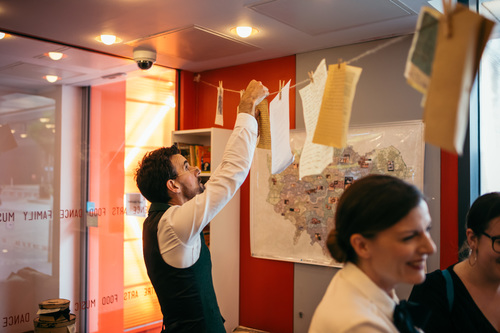 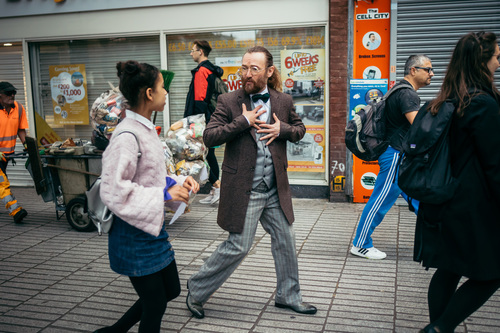 About
Teatro Vivo is a critically acclaimed site-specific theatre company making playful and exciting immersive shows in unusual spaces. They tell stories in surprising ways – exploring The Odyssey on the streets of Deptford, exposing the truth behind the British Arms Trade in public squares, and bringing Shakespeare to Supermarkets. They believe everyone should experience the pure joy of engaging physically, emotionally and intellectually with a piece of live theatre.

Teatro Vivo shine a light on forgotten or neglected places and spaces, bringing high quality and exciting theatre to parts of London and the UK that might not normally experience it. They embed themselves in every location in which they perform – collaborating with local people, businesses and organisations and rehearsing in public when possible. They make immersive work accessible to all: all they shows are designed to be wheelchair friendly and they have specialist stewards available to act as personal guides to any audience member with additional needs.

Who We Are
Led by joint Artistic Directors Mark Stevenson and Kas Darley, Teatro Vivo is based in South East London, where they are Artistic Associates at The Albany, Deptford. They have worked all over the UK and collaborated with organisations including Newbury Watermill, The Story Museum (Oxford), The British Library, Dash Arts, and over a hundred community organisations.

Teatro Vivo is a registered charity.

Fairfield Halls is an accessible venue.