Founded in Oxford in 2016, the group performed numerous concerts around its first city, collaborating with artists such as Jess Gillam (Last Night of the Proms, 2018) and Laura Van Der Heijden (BBC Young Musician, 2012). The group were praised as being the ‘cream of the crop’ and for representing ‘some of the best classical music Oxford has to offer’ (OxStu, 2018).

Now based in Birmingham, the group are looking forward to exciting concerts planned in 2019/20, including collaborations with Birmingham-born Xhosa Cole (BBC Young Jazz Musician, 2018).

Winner of the 2012 BBC Young Musician of the Year Competition, Laura van der Heijden has been making a name for herself as a very special emerging talent, captivating audiences and critics alike with her imaginative interpretations and probing musicianship.

2018 marked the global release of Laura’s critically acclaimed debut album “1948”, featuring Russian music for cello and piano with pianist Petr Limonov. It won the 2018 Edison Klassiek Award, broadcast live on national TV in the Netherlands. The CD has been hailed as a “dazzling, imaginative and impressive” debut recording.

Laura was born in England to Dutch-Swiss parents and gave her first public performance at the age of 9. Since 2008 she has been a student of the renowned British-Russian cellist Leonid Gorokhov, and participates regularly in masterclasses by David Geringas, Ralph Kirshbaum and Miklós Perényi. She is currently in her final year studying for her Bachelor’s Degree in Music at St John’s College, Cambridge, while also maintaining a busy concert diary.

Laura has performed with leading orchestras such as the Philharmonia, the Academy of St Martin in the Fields, the Royal Philharmonic, BBC Philharmonic, European Union Chamber and English Chamber Orchestras. She has also given debuts in Holland, Germany, New Zealand, and in Australia with the Melbourne Symphony Orchestra in the opening concert of the inaugural BBC Proms Australia, conducted by Sir Andrew Davis. Last season’s highlights include a recital with Fazil Say at Zürich Tonhalle, a performance of Schumann’s cello concerto with the Academy of St. Martin in the Fields, a UK tour with IMS Prussia Cove, as well as her debut with the Argovia Philharmonic, and at Wigmore Hall in a BBC lunchtime recital.
Chamber music is immensely important to Laura. She has collaborated with Tom Poster, Huw Watkins, Petr Limonov, Matthew MacDonald, and Krzysztof Chorzelski and regularly participates in international chamber music courses and festivals.

This season will see Laura give her debut in Japan with the Yomiuri Nippon Symphony Orchestra and at the Musashino Cultural Foundation, in Italy with the London Mozart Players, in the UK with the Hallé Orchestra under Karl-Heinz Steffens and in Ireland at West Cork Chamber Music Festival.

Laura plays a late 17th-century cello by Francesco Rugeri of Cremona, on generous loan from a private collection. She is an Ambassador for both the Prince’s Foundation for Children & the Arts and Brighton Youth Orchestra. 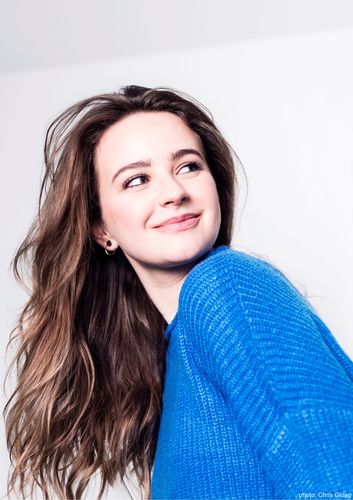 Step free access to the church is available. Please contact the parish office in advance of attending the event: 01212367858 or [email protected]

Is there a bar? Yes, cash only

Is there step-free access? Yes, please get in touch with the Parish Office in advance of attending the event: 01212367858 or [email protected]

Is there allocated seating? All seating is unreserved

St Paul’s has stood in the heart of the Jewellery Quarter for 240 years. It is a Grade 1 listed building –with its original box pews and magnificent architecture, to be a masterpiece in the only remaining Georgian Square in Birmingham. As the JQ expands and welcomes residents, businesses and visitors from all over the world, St Paul's remains essential to the honouring of Birmingham’s past and a unique space for Christian Worship, for calm and reflection, for music and laughter, for meeting and celebrating. Today St Paul's in need of urgent repair. The guttering and roof need extensive attention to prevent further damage to the internal walls and ceilings. Criminal damage to the doors, windows and notice boards also need repair. Your donations will be essential to ensure that St. Paul's continues to flourish as the warm heart of the Jewellery Quarter. All donations will be set aside for work to the church fabric.

Some of St Paul's Church JQ 's other events