Held captive in a concentration camp, prisoners tell fantastical tales to lift their spirits. Their clandestine gatherings allow them to briefly forget their terrible situation. But surely their fate is unavoidable… The Remarkable Tale of Robert Desnos is funny, tragic, uplifting and incredibly moving. Shifting between the awful reality of the camp, and the beauty and richness of countless other worlds, this weaving together of finely crafted traditional stories demonstrates the power of the imagination to shape and change reality.

Storyteller Clare Muireann Murphy has been telling stories since 2006 on stages all over the world including The Globe, The National, and The Barbican theatres in London. Her work ranges from the political folkloric work such as her Syrian piece “The King of Lies” to playful pieces like UniVerse which explores where quantum physics, philosophy and mythology meet. She tells the story that is called for in each situation from telling to President Mary Robinson of Ireland to performing at the Writers Room of the Royal Shakespeare Company. She is a storytelling consultant for Jet Propulsion Laboratory, NASA and a freelance trainer with the National Theatre, The Young Vic and The Drive Project. She has worked with many organisations and institutions including BBC Radio 4, Central Saint Martins University, National Museums of Ireland, and the Conference on World Affairs, Boulder, Colorado. She performs at festivals, art centres, universities, public and private events, conferences and schools.

Daniel Morden is one of the leading exponents in the art of storytelling. Daniel has delighted audiences all over the world with his performances including the Vancouver, Oslo and Yukon story telling festivals, The Hay, Beyond The Border, Bath and Cheltenham festivals and at venues such as The Barbican, The National Theatre and The British Museum. He has also worked on television and radio, and has published six children’s books. He was recently awarded the Hay Festival Medal for his contribution to storytelling. 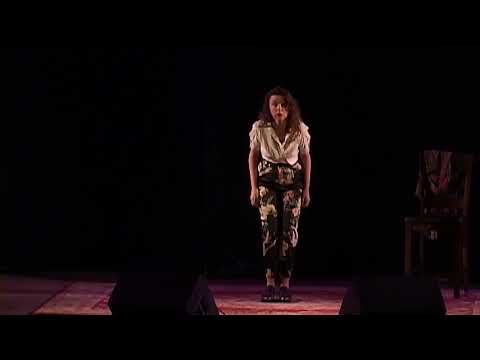 Thanks go to the lovely tea people, Helen on the door and all the folk who help us stack chairs at the end.

The venue is wheelchair accessible and there is a hearing loop installed.

Doors open at 7pm. The venue is wheelchair accessible. Tea and yummy cake is served at half time.

Wild About Story offers storytelling and singing opportunities for people of all ages. Based at Cedar Farm in Mawdesley, West Lancashire, we aim to nurture creativity, connection and community through the joy of words spoken and sung.

Some of Wild About Story's other events