A very special night of Indian epic and incredible music with Storyteller Emily Hennessey & Musician Sheema Mukherjee at one of the oldest mills in Cumbria.

Deep in the forest where Rama & Sita live in exile, eyes watch their every move and the universe shimmers with illusion.

When Sita is kidnapped by the ten-headed demon king, Rama needs all the help he can get. Who better to have on your side than a shape-shifting monkey?

But there’s only one thing worse than a bloodthirsty demon, and that’s his Big Brother. As Rama lies helpless on the battlefield, it’s time for Sita’s little known story to unfold.

Storyteller Emily Hennessey and virtuosic musician Sheema Mukherjee conjure up a vivid, wild and beguiling world in this retelling of the much loved Indian epic. Expect the unexpected.

This is a fundraising event. All ticket sales and donations will go to the incredible Kattaikkuttu School in rural Tamil Nadu, India, where the children learn the folk theatre, Kattaikkutu. Find out more about the school here: www.kattaikkuttu.org/our-story

SHEEMA MUKHERJEE absorbed North Indian classical music and the western tradition side-by-side, studying sitar and Indian classical music under the tutelage of her uncle, the late Pandit Nikhil Banerjee and then with the late Ustad Ali Akbar Khan. Brought up between Britain and India, she has a rich background to draw on in her own compositions and collaborations.

Today she is an established sitar player and composer; a regular in Transglobal Underground playing sitar and electric bass; a key member in The Imagined Village project; a formidable collaborator with internationally renowned artists from many genres.

Sheema, who recently composed for and performed in A Midsummer Night’s Dream at the Globe Theatre, has collaborated with internationally renowned artists such as Courtney Pine, Sir John Tavenor, Martin Carthy, Bobby Mcferrin, Boris Grebenshikov, Natacha Atlas, Noel Gallagher & Cornershop, Mercan Dede, the Bulgarian Folk singer Yanka Rupkina. She has toured the world widely and key performances include The World Music Festival (Chicago), Montreux Jazz Festival and the Olympia-Halle (Munich), supporting Jimmy Page and Robert Plant throughout their European tour (1998), the Olympics Arts Festival for Sydney 2000 and also makes regular appearances at WOMAD (UK) with her own ensembles.    www.mukherjee.co.uk

EMILY HENNESSEY is a bold and dynamic performance storyteller. Emily’s work is often described as intelligently composed and beautifully performed, while her storytelling style is said to be warm, captivating, bold and witty, delighting audiences of all ages.

Work and extensive travel in India have kindled in Emily a great love of Hindu mythology. Emily has travelled over 10,000 miles across India by train, bus, rattling rickshaw and rickety bicycle. She has lived and worked with a yak-herding family on the Tibetan plateau, studied Kathakali dance-drama in Kerala and spent several months at the Kattaikkuttu School in Tamil Nadu, learning from the children who perform stories from the Mahabharata through music, dance and song from the age of 4.

Emily came to storytelling while studying Drama & Theatre Studies at the University of Kent where she met storyteller Dr Vayu Naidu. Emily completed a storytelling apprenticeship with Vayu, and later trained with Ben Haggarty. She’s also had the privilege of training with Indian Pandvani performer, Ritu Verma.
Emily has toured in India with the British Council and performed at the Kathakar Storytelling Festival in Delhi. Other recent performances include the Soho Theatre, the Royal Opera House and Beyond the Border Storytelling Festival.   www.emilyhennessey.co.uk

★★★★ ‘extraordinary tales for a transfixed audience’ British Theatre Guide
★★★★ ‘exhilarating, evocative, vital... a wonderful piece of theatre – pure in its ideas and retelling a fantastic story vital for both Hindu and modern culture’ Theatre Bubble
★★★★ ‘engrossing, entertaining, and ultimately inspiring exploration of feminine power’ Remote Goat
★★★★ ‘Emily Hennessey is such a mesmerising storyteller. I couldn’t take my eyes off her!’ Everything Theatre
‘Storyteller Emily Hennessey is an enthralling performer’  Exeunt
★★★★★ ‘an outstanding performance storyteller’  The Latest 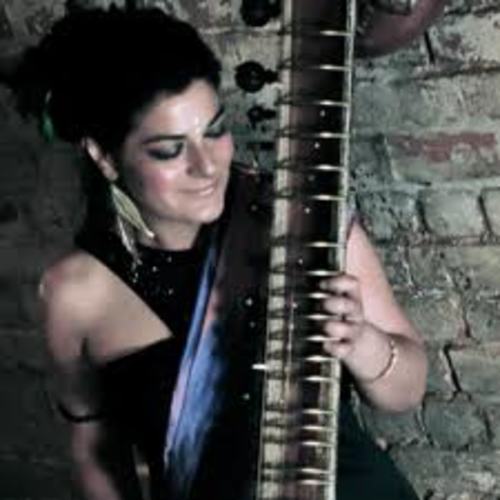 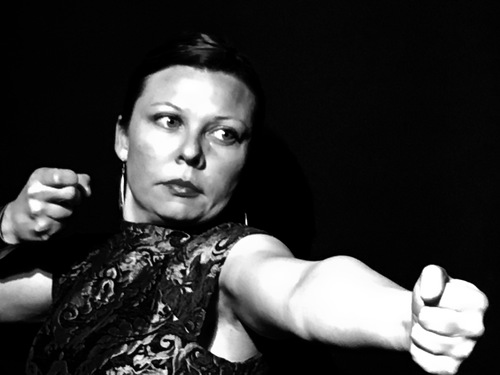 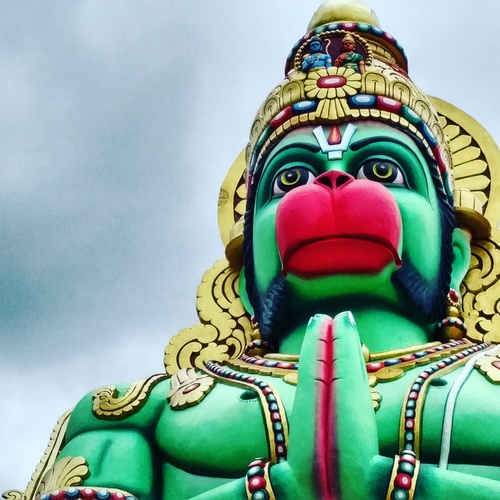 Thank you to Edward and Romola Acland at Sprint Mill for their generosity in hosting this special event.

The woodburner will be lit but wrap up warm in case it's a chilly night!

DURATION: 2 x 50mins. There will be an interval with refreshments available (cash only.)

Stealing Thunder is a small storytelling organisation based in the South Lakes, Cumbria. We run a monthly storytelling night for grown-ups featuring Europe's top performance storytellers and put on other events, including a festival and workshops.