Starting on the UN Day to Eliminate Violence Against Women and continuing for 16 days of activism, watch Rattle Snake online from 25 November – 10 December 2019 and share with colleagues, friends and family to help raise awareness of coercive control.

​Spine tingling and visceral, Rattle Snake will literally take your breath away. An epic tale based on real life stories of women who have faced and survived coercive controlling domestic abuse.

Following a national tour, this emotional tour-de force is being used to train frontline police officers responding to sexual and domestic violence after the UK law was changed, making coercive control in relationships a crime.

​From the company behind Key Change, the New York Times Critics’ Pick and Winner of the Carol Tambor Best of Edinburgh Award 2015, streamed globally to an audience of 27,000 in 35 countries as part of the UN Campaign to Eliminate Violence Against Women & Girls.

​“Rattle Snake holds the voices of those who have survived coercive control and our aim is to make the best theatre we can to ensure those voices are heard. This play matters because we live in a world where there is a sense of entitlement to take away another person’s liberty, to control, threaten and annihilate.  I want change; theatre is my way to make it happen.” Writer, Catrina McHugh MBE, Writer of the Year, Rattle Snake, 2018 (Journal Culture Awards) 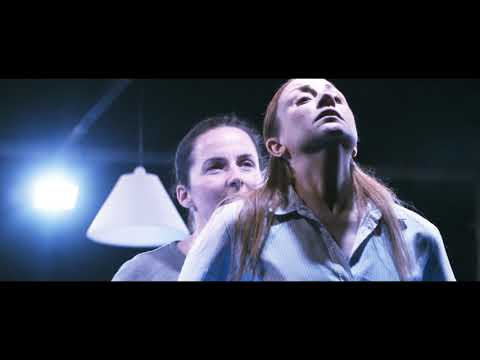 A Twentieth Comedy Night That Passes The Bechdel Test