NERD NITE LONDON, WHERE IT’S HIP TO BE SQUARE.

Nerd Nite London is a monthly event where three speakers give 18-21 minute fun-yet-informative talks across all disciplines, while the audience drinks along. This October we'll discover how to engage everyone in economics, why coal hole covers are beautiful and what's underneath Chicago. Be there and be square

Building a citizens' economy: engaging the public on complex and controversial policy

Engaging the public on technocratic issues, such as data, artificial intelligence and economic policy faces two challenges; one, how best to ensure we understand informed public perspectives? two, how best to ensure public values influence practical outcomes and change? This talk provides examples about how most effectively to create a citizens' economy.

Reema is a Head of Public Engagement at the Ada Lovelace Institute, an organisation seeking to ensure that data & AI work for people and society. She is an experienced policy professional who has led various citizen engagement and participation initiatives on complex and controversial policy areas in the UK, including the Royal Society of Arts (RSA) Citizens’ Economic Council, which successfully worked with and influenced the Bank of England’s public engagement strategy.

The Beauty of Victorian Coal-Hole Covers

Coal-hole covers are a remnant of a gone-by era when a great amount of detail went into the design of the most utilitarian street furniture objects like access covers. Often overlooked under our feet, these decorative cast iron circular manhole covers offer a fascinating glimpse into the past and come in many different designs. Some are very common, while others are extremely rare. This talk will present a unique photographic survey of all the coal-hole cover designs in one London district conducted by a local history fanatic in Stoke Newington.

Amir is a weekend Stoke Newington historian who researches the area's past as a serious hobby and shares his work online at www.StokeNewingtonHistory.com. He previously presented in a Nerd Nite his survey and analysis of the businesses that traded along Stoke Newington Church Street since 1847.

The raising of Chicago

The fascinating story of a pioneer who lifted an entire city on jackscrews, in order to make it less filthy. How we got from the poop-covered streets of the past to the squeaky clean urban environment of today, and how the secret "second city" that exists beneath your feet was first conceived.

Mike Dioletis is a former mechanical engineering student from Athens who left to pursue his passion in media. He currently writes and hosts a science show on Greek YouTube called "What the fact?". A happy college dropout if I ever saw one.

ALL PROCEEDS FROM NERD NITE LONDON GO TO CHARITY.  THIS YEAR WE ARE PARTNERING WITH THE SHINE TRUST TO HELP FOSTER A NEW GENERATION OF NERDS. 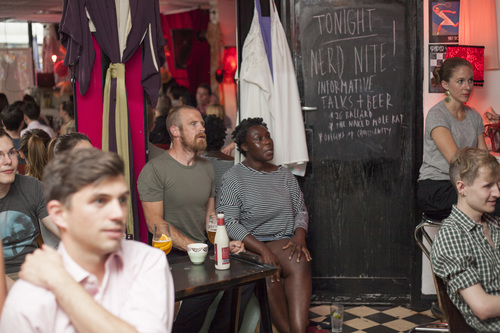 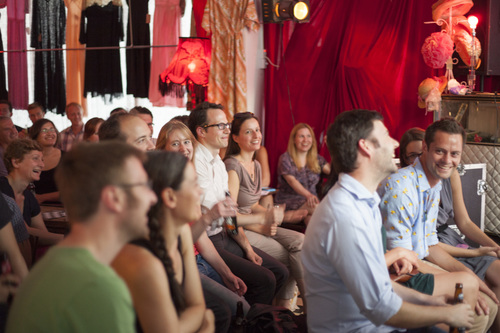 Nerd Nite London is a monhly event where three speakers give 18-21 minute fun-yet-informative talks across all disciplines, while the audience drinks along