WAAAH! This is it!

We are honoured to have the following artists performing at the album launch show with us:

Leyla Joseophine is an award-winning poet and theatre maker from Glasgow, Scotland. She has been featured on Huffington Post, Upworthy, Buzzfeed, The Guardian, BBC The Social, BBC Radio 4, BBC Radio Scotland and STV.

In 2014, she won The UK National Poetry Slam held at The Royal Albert Hall by Hammer and Tongue. In that same year, she won Rally & Broad’s Cultural Commonwealth Slam. In 2017 she won Loud Poets’ Grand Slam, she was a finalist for The Roundhouse Slam and she came second in The Scottish Poetry Slam 2018.

Her first book ‘Hopeless’ has just been published by Speculative Books. Buy it here (you won't regret it): http://leylajosephine.co.uk/store/Hopeless-by-Leyla-Josephine-p99923690

Watch, listen and read WITHOUT DELAY:

Alongside this we will have exclusive CHAOTICA merch for you to buy on the night including:

Everyone who attends will also receive a FREE TREAT on entry.

NB: This venue is fully accessible. 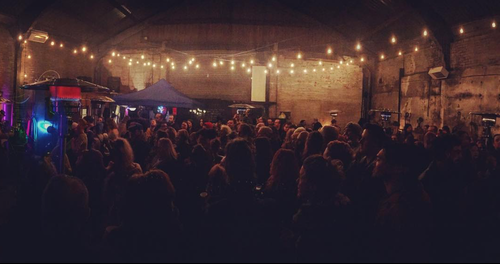 Some of Beccy Owen's Pop-Up Choirs's other events