You may know Simon Brodkin as “comedy legend”* Lee Nelson or as the “unfunny pillock”† who gave Theresa May a P45, but you won’t know him as “tiny Jew” ‡ Simon Brodkin.

After three hugely successful series of Lee Nelson on the BBC, multiple TV appearances (Live at the Apollo, Sunday Night at The Palladium, C4’s Comedy Gala), and several world-famous stunts on the likes of Donald Trump, Kanye West & Sepp Blatter, Simon unveils his funniest persona yet; himself. In this highly-anticipated ‘debut’ show, the award-winning, critically-acclaimed comedian takes us from his childhood growing up on the mean streets of Hampstead Village, to his adulthood as a failed doctor, inept parent and fairly rubbish Jew.

Edinburgh Comedy Award-nominated Adam Hess and star of ITV’s Tonight at the London Palladium and Live from the BBC, Adam Hess. He’s five foot eleven, he hates other families’ plates, and he had his 18th birthday party on a riverboat on the Thames so when people realised how boring it was they couldn’t leave.

‘For good quality gags per minute, there is no better comedian on the Fringe’ 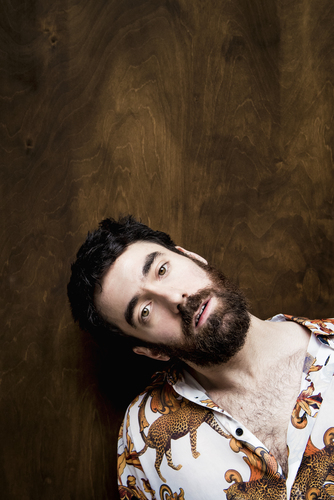