Down to Zero by Lizi Patch

Down to Zero by Lizi Patch

Down to Zero is an emotionally explosive, darkly funny new play by Lizi Patch, about two people, furiously in love, struggling to stay afloat as the past threatens to sink their future.

"In the eyes of evolution I am now a pointless person..."

As Steph hits the menopause, she feels she is becoming a bystander in her own bewildering decline. Her partner Sam plans a surprise weekend away for her 50th birthday, but their determined idyll is ripped away by the arrival of a surprise visitor.

Lizi Patch is a theatre director, playwright and actor based in Yorkshire. She wrote "An Accident of Birth" which was part of Coracle's Suffragette production in 2018, Other works include writer/director/producer/performer: Punching The Sky (Lowry, Live Theatre, West Yorkshire Playhouse and touring). Lizi is also Artistic Director of CITY VARIETIES/LEEDS ACTORS IN TRAINING for young people.

Coracle are a new writing company based in Newcastle Gateshead. Their previous productions at Alphabetti have included Trajectory - "Showcasing the wealth of good new writing in the North East", Overdue, and Suffragette - "Varied, thought provoking, funny, intelligent and accessible". 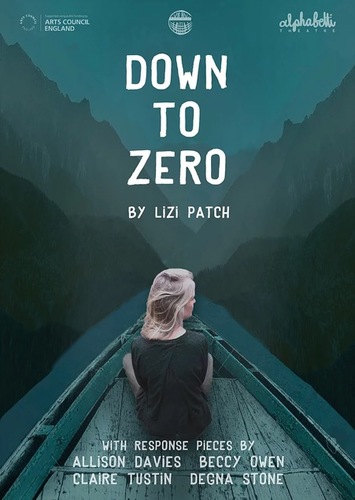