John-Luke Roberts: All I Wanna Do Is [FX: GUNSHOTS] With a [FX: GUN RELOADING] and a [FX: CASH REGISTER] and Perform Some Comedy!

John-Luke Roberts: All I Wanna Do Is [FX: GUNSHOTS] With a [FX: GUN RELOADING] and a [FX: CASH REGISTER] and Perform Some Comedy!

One of the Edinburgh Fringe's most celebrated talents of recent times sets out on his first full national tour. John-Luke Roberts' show in 2018 was a complete sell-out run and one of the most talked-about shows of the festival: a dizzying avant-garde ride through the mind of a gifted comic-philosopher. One with a blue moustache. Who thinks far more about the Spice Girls than anyone should. A masterclass in prop, clown, costume and Mel C-themed comedy. And that's all we can tell you on the website, because his stupid title takes up the rest of the allotted space.

★★★★★ "A masterpiece...The show is exquisite, with every last element fine-tuned to perform its function" One4Review

★★★★ "A relentless tempest of insanely inspired shenanigans; a dizzying parade of mad skits and eccentric characters, all built on a nugget of peculiar innovcation...Unflaggingly funny" Chortle

★★★★ "Mind warping hour which follows through brilliantly on its own absured logic...relentlessly funny" The List 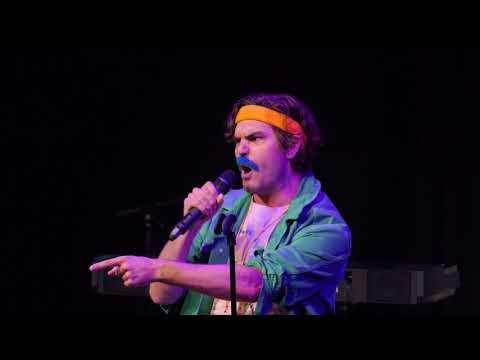 impatient was founded in 2013 by Mark Watson and Lianne Coop, and the name reflects our desire to produce high-quality work without waiting so long that we die before it eventually comes to fruition. We aim to be prolific, creative and adventurous in an industry which calls out for those qualities but we feel frequently fails to find them.

We are passionate about our projects and will go to all possible lengths to make other people passionate about them, but we have never yet received a restraining order from a commissioner. We will represent the famously broad artistic spectrum of Mark Watson and a select number of other people with genuine originality.